Do you love where you live? 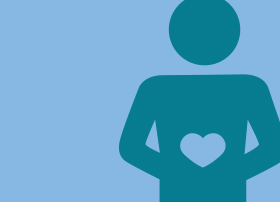 Loving where you live

People living in Wales are twice as likely to say they “love” where they live compared to those living in England. People in Scotland are nearly as positive with their affections while Northern Ireland appears to inspire the least love among its residents; reveals an Icaro survey undertaken in spring 2015.

An impressive 50% of Welsh respondents gave the maximum score of 10 out of 10 (“they love it”), when asked how much they enjoyed living in the country (Figure 1). The same can be said of 45% of Scottish respondents compared to 25% of those in England and just 18% of those in Northern Ireland.

When taking the top three scores into account (i.e. 8, 9 or 10 out of 10) this gap remains clear: around eight in every 10 Welsh and Scottish people (79% and 78% respectively) give a high score while the same is true of around two-thirds of English people (65%) and six in every 10 people from Northern Ireland.

Those living in England and Northern Ireland are far more likely to give their country a middling rating (i.e. 5-7 out of 10) as opposed to an outright bad one; indeed, when it comes to poor scores (i.e. 0-4) all nations are broadly equal (around 4-7%):

Loving one’s country appears to be a trait acquired with age – across the UK; the older people get the more likely they are to answer with a maximum score. There is a steady gradient from 19% of 16-34 year olds through to 41% among those aged 65+. By contrast, income plays no role – you are as likely to say you love living in your country whether you have a household income of more than £70k per year or less than £20k (or anywhere in between).

The grass is always greener

Despite the fact that very few say that living in their country is especially bad, a large proportion (40% - Figure 2) go on to say that they think a different country would provide a better place to live than where they are now (the remaining 60% are happy where they are).

Opinions vary significantly by nation with Northern Ireland residents being the most likely to think the grass is greener: 62% say it would be better elsewhere compared to 41% in England, 34% in Scotland and just 28% in Wales.

Where would they go?

Australia is the preferred destination of many, with around one in six (17% - Figure 3) saying they would prefer to live here. America is the next most favoured destination (12% mentioning) followed by Spain (9%), New Zealand (7%) and Canada (6%). Regular holiday destinations, France (5%) and Italy (3%), also come out as relatively popular – just ahead of Germany and Sweden (both 2%).

All figures, unless otherwise stated, are from an Icaro survey. Total sample size was 3,023 UK adults aged 16+. Fieldwork was undertaken between 2nd - 9th February 2015. The survey was carried out online. The overall sample has been weighted and is representative of GB adults (aged 16+).