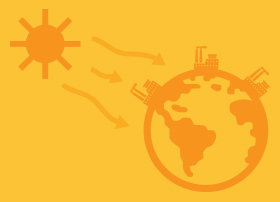 New Icaro research on whether there is a consensus in Britain on climate change or not.

New research by Icaro shows that the majority of the British public acknowledge the influence of human activity in climate change, although only a minority think that it is the main cause.

By contrast, a minority of 16% think that climate change is largely being caused by natural cycles, whereas a further 4% do not think that the climate is changing.

Once again, perceptions vary by age group and political party. Older people less likely to think that there is a scientific consensus (22% among those aged 65+ compared to 34% of those aged 18-34), while UKIP voters are the most likely to say that there is no consensus or agreement at all - 30% compared to 21% of Conservative voters and 13% of both Labour and Lib Dem voters.

All figures, unless otherwise stated, are from a survey by Icaro with 2,000 GB adults aged 18+. Fieldwork was undertaken online between 9th - 17th June 2015. The overall sample has been weighted to match the profile of the GB adult population in terms of age, gender, work status and region.